* The Governor’s motivation is political expedience, not the public interest *

New York’s politics have been dominated for years by “Three Men in a Room” – the governor, Senate majority leader, and Assembly speaker.  Preet Bharara, the U.S. Attorney who recently brought charges against one of Albany’s ruling troika, Sheldon Silver, sees the lack of openness and transparency inherent in such concentration of power as a significant detriment to democracy.

With the once formidable Mr. Silver no longer holding the Assembly speakership, the governor has “linked” several controversial and complex issues – including ethics reform and the funding of charter schools – directly to the budget approval process. Mr. Cuomo has replaced Albany’s triumvirate with a new dynamic that looks suspiciously like “One Man in a Room” – where the governor unilaterally calls the shots.

Although the Buffalo News editorial board concludes that, “Cuomo’s linkage of contentious ideas is the right strategy if taxpayers benefit,” Preet Bharara knows just how big an “if” that is.  Through a close examination of the governor’s handling of the Moreland Commission – from Mr. Cuomo’s sudden disbanding of the anti-corruption panel in late March 2014, to reports that the governor’s office had interfered with the commission’s activities – the U.S. Attorney is in a position to assess Mr. Cuomo’s willingness to place political expedience above the public good.

While Buffalonians may lack access to the Moreland Commission files, we have many reasons to be skeptical of the decisions and motives of Gov. Cuomo given the political favoritism, crony capitalism, and deception that appear to permeate his administration’s activities here.

In March 2014, the governor announced that the LP Ciminelli firm would serve as developer of RiverBend, the largest of the so-called “Buffalo Billion” projects. Coincidence or not, two months earlier, LP Ciminelli’s CEO and his wife had donated nearly $30,000 to the Cuomo re-election campaign. 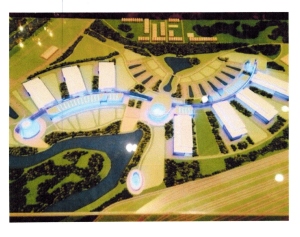 Coveting a quick, pre-election start to his flagship “Buffalo Billion” project, the governor was not going to let the state’s environmental review law – SEQRA – get in the way.  In May 2014, construction was allowed to proceed on the 90-acre, nearly 1 million square-foot manufacturing and R&D project without preparation of an environment impact statement. It made no difference that SEQRA presumes that a comprehensive environmental study is required whenever a nonresidential facility such as RiverBend involves alteration of 10 acres or 240,000 square feet of buildings.

Andrew Cuomo has demonstrated that he is motivated by political expedience, not the public interest.