As a zoning and environmental review lawyer who has observed Ciminelli and its lawyers (including Adam S. Walters, Esq.) for many years, I’d like to share my thoughts regarding Ciminelli’s sudden decision to – in the words of a Buffalo News headline – “withdraw[ ] Bidwell portion of Elmwood project.”

First, if you are concerned about the overdevelopment of the Elmwood Village, you must not take any comfort in the opening words of Mark Sommer’s January 26, 2017 article in Western New York’s biggest daily newspaper: “The Arbor + Reverie project proposed for Elmwood Avenue is now just Reverie. Ciminelli Real Estate Corp. has decided to focus on gaining approval for a four-story building that would be built north of Potomac Avenue. The company is withdrawing the more controversial part of the project at the corner of Elmwood and Bidwell Parkway, said developer Paul Ciminelli.” 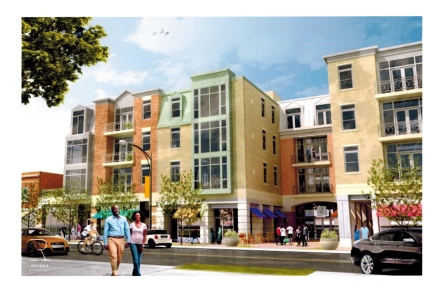 You can rest assured that Ciminelli has no plan to abandon the Bidwell-to-Potomac portion of the project. As Jim Fink reports, in his January 26th article in Business First: “Ciminelli officials confirmed it will not — for now — seek the demolition of a series of buildings between Potomac Avenue and Bidwell Parkway that comprise the Arbor portion of the $40 million mixed-use project.” [Emphasis added.] 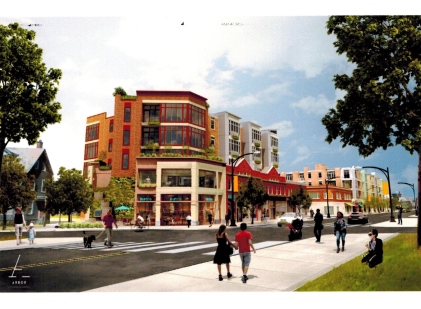 Note: As of 7 PM on 01/26/2016, Ciminelli’s own website – under the heading “current news” – includes a slightly edited version of Mr. Fink’s article, retaining the “for now” reference in the original article.

Second, no doubt Ciminelli regrets “the recent combative statements” spoken by one of its Phillips Lytle attorneys – John G. Schmidt, Jr., Esq. – at the January 12th Buffalo Preservation Board meeting. [Read the not-so-veiled threat of litigation reported in the Buffalo News.] But, despite the company’s embarrassment, Ciminelli’s disclaimer, that those fighting words are “pretty uncharacteristic of how we operate and collaborate with the community,” rings hollow. In my opinion, any neutral observer who has attended a public information meeting where residents express ardent displeasure with a proposed Ciminelli project – including at the Waterfront Village last summer – would not be surprised when the developer’s representatives respond in an arrogant or hostile fashion.

Third, I admire Adam Walters’ knowledge of the law and calm demeanor. He makes a rather convincing “good cop” to the many “bad cops” you find representing developers in Western New York. But the public, the media, and public officials must keep in mind that every public utterance by Mr. Walters is meant to advance is client’s ultimate goal: To construct both the Reverie and Arbor halves of the Elmwood Village development. So when Adam pleasantly refers to “a small vocal group that is going to oppose the project,” and proclaims, “We love the ability to work through the concerns,” take it with a substantial grain of salt.

Fourth, residents who are concerned about preserving the historic fabric and character of the Elmwood Village should hope that Delaware Council Member Joel Feroleto was merely being diplomatic when he said, “I think [Ciminelli’s] plan to withdraw the application for Arbor will be welcomed by the community.” Mr. Feroleto and the Elmwood/Bidwell/ Potomac neighborhood must remain vigilant and not allow opposition to the entire project to be diluted by the separation of the “Arbor” from the “Reverie.” Things really have not changed. As Jim Fink reported in his January 26th Business Frist article, “Ciminelli said the intent all along was to phase the Arbor + Reverie buildings.” That intention is clearly expressed at the “Arbor + Reverie” website, which dreamily proclaims:

“We’re planning a phased approach to the project, ensuring that every step we take forward is considered, compliant and done with a respectful eye toward the shared interests of our vision and our community’s need.

Phase 1:  The journey begins on the northern Elmwood block, the future location of Reverie. This phase will include all residential and retail spaces associated with Reverie, as well as construction on Ashland Avenue and rehabilitation on Potomac Avenue.

Phase 2:  Once construction of Reverie is underway and to a point of substantial completion, our team will begin work on Arbor, located on the southern block of the site. This phased approach will help minimize construction impact on our surrounding neighborhood.” 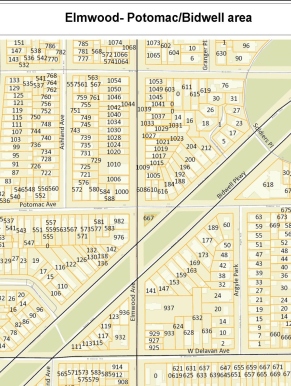 Fifth, the symbiotic relationship between the Reverie and Arbor portions of Ciminelli’s development plans has a direct impact on the environmental review process mandated by the State Environmental Quality Review Act (SEQRA). Two SEQRA principles must be kept in mind:

*** Segmentation. SEQRA prohibits “segmentation,” that is, “the division of the environmental review process of an action [or project] such that various activities or stages are addressed under [SEQRA] as though they were independent, unrelated activities, needing individual determinations of significance.” [See 6 NYCRR 617.2(ag), 617.3(g).] In other words, when considering whether a project requires a Draft Environmental Impact statement because it might have a significant adverse impact on one or more aspect of the environment, the presumption is that the lead agency is to consider the entire set of activities, stages or steps involved in a proposed project.

*** Cumulative impacts. When deciding whether a proposed project – such as the Reverie – may result in a significant adverse impact on the environment, “the lead agency must consider reasonably related long-term, short-term, direct, indirect and cumulative impacts, including other simultaneous or subsequent actions which are: (i) included in any long-range plan of which the action under consideration is a part; (ii) likely to be undertaken as a result thereof; or (iii) dependent thereon.” [See 6 NYCRR 617.7(c)(2).] In other words, the SEQRA review conducted by the City of Buffalo’s designated lead agency must take into consideration the “cumulative impacts” of the Reverie and the Arbor.

Sixth, finally, when conducting its SEQRA review of Ciminelli’s proposed Arbor + Reverie project, the lead agency must keep in mind [with reminders from Councilmember Feroleto and the public] that “environment” is broadly defined under SEQRA to include both the existing character of a community or neighborhood, and historic resources. [See 6 NYCRR 617.2(l).] Given the location of the proposed Ciminelli project within the Elmwood (West) Historic District – and, the surrounding area’s listing in New York State and National Registers of Historic Places – the observations contained in the December 19, 2016 letter from the State’s Historic Preservation Office (“SHPO”) to the City’s Planning office are pertinent to Ciminelli’s demolition and construction plans. While written specifically to address plans by Chason Affinity to demolish a dozen buildings on the southeast corner of Elmwood and Forest avenues, the following comments in shpos-12-19-2016-letter relate equally to the Arbor + Reverie project:

… [T]he demolition of 12 contributing buildings in the National Register district will adversely impact the district. Furthermore, the monumental scale of the new complex will dwarf the surrounding areas, which are composed primarily of two and three-story residential and commercial buildings. The project eliminates the rhythm of the existing streetscape and introduces new construction that will impose, in our opinion, visual impacts that will clearly and demonstrably alter the setting and environment of both Elmwood historic districts. 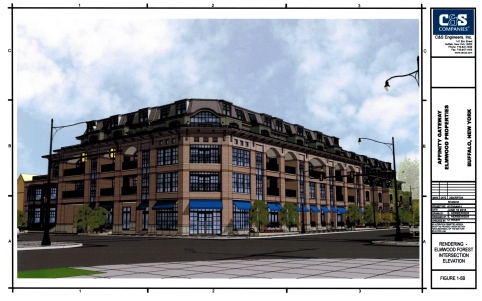 Seventh, a headline in the January 28, 2018 Buffalo News announces that, “Ciminelli withdraws demolition permit applications.” The supposedly conciliatory move by the Arbor + Reverie developer is much less significant than Ciminelli Real Estate may want the public to think. When demolition of one or more building is part of a broader project and development plan – as it is here – the impacts related to demolition must be part of the SEQRA review process for the entire project.  According to SEQRA, “A project sponsor may not commence any physical alteration related to an action until the provisions of SEQR have been complied with.”  [6 NYCRR 617.3(a)]  Not surprisingly, “demolition” is included as an activity in SEQR’s definition of “physical alteration.”  [6 NYCRR 617.2(ac)] Given the requirements of State law, it would be unlawful for Ciminelli to demolish any of the buildings related to the Arbor + Reverie project until the environmental review mandated by SEQRA is completed.  And, that process is just beginning.