Unlike many Buffalonians, I have yet to make up my mind where Buffalo’s new train station should be located. [Frankly, I still haven’t concluded that we “need” to replace the admittedly sad Amtrak Station now servicing our “city of no illusions.”] But I am certain of one thing: A decision as momentous, and with such multi-generational implications as the site of the region’s new train complex, should be preceded by a careful assessment and comparison of the potential adverse environmental impacts of the various sites under consideration.

New York State has a law – SEQRA, the State Environmental Quality Review Act – that requires our local and state officials and agencies to give serious consideration to environmental factors when engaging in “planning and policy-making activities that may affect the environment and commit the agency to a definite course of future decisions.” [See 6 NYCRR 617.2(b)(2).] The environmental assessment envisioned by SEQRA is meant to occur “at the earliest possible time” in the planning process – when it is still practical to modify the decision in order to mitigate adverse environmental effects.

In my opinion, there is a strong legal argument that SEQRA’s mandated environmental review should be taking place now, before the preferred site is announced for a new train station. By doing the environmental assessment at this stage in the planning process, the government decision-makers and the public would have pertinent data and information to help guarantee an informed and balanced determination – one that would allow a meaningful comparison of the environmental, social and economic impacts of each location being considered.

Unfortunately, neither the Cuomo administration, nor the City of Buffalo, has exhibited a willingness to comply with the letter and spirit of SEQRA, especially when the goal is to “fast-track” the decision-making process. A meaningful examination of the likely adverse environment impacts that might result from selecting a particular site is not what is occurring.

Opinions being expressed by politicians, community leaders, preservationists, and ordinary citizens focus on a myriad of reasons for preferring one site over another. Residents of Buffalo’s East Side are hopeful that locating the Amtrak station at the long-idled Central Terminal would help to infuse private investment and new vitality to their neighborhood. A group of architects, struck by the scale and majesty of this “architectural icon,” also supports the Central Terminal as the site of a new train station. City of Buffalo Mayor Byron Brown appears to be stressing “price tag” as the most significant factor, which, controversially, would appear to favor a downtown location.

But no one seems to be concerned about the short-term and long-term impacts on the environment of constructing and operation a train station, much less as multi-modal facility. 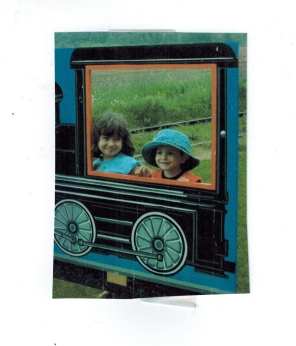 The Buffalo News is pushing for a downtown location. Its April 13, 2017 editorial embraces “the likely immediate impact” of keeping the Amtrak station downtown, as opposed to what it views as the mere “prospects for future benefits” of the Central Terminal site. While I don’t understand such a shortsighted perspective, I am truly flabbergasted by the editorial board’s justification for building a new station at all: “… Simply because the state has made $25 million available to begin the work…”

That comment brings to mind the apparent reason Western New York’s media and politicians suddenly became obsessed with the need to decide now where to locate a new train station: Gov. Andrew Cuomo offered last October to pay one million dollars for a study if his “selection committee – headed by Mayor Byron Brown – could reach a determination on the preferred site within six months. To fan the fire a bit more, New York’s chief executive – sounding more each day like our nation’s 45th President – recently threatened to make Mayor Brown pay for the ongoing engineering study assessing the various locations if a choice isn’t announced by April 26.

This is not the way a rational community should be making important decisions.

I realize that Buffalo’s Mayor often feels obliged to do what Gov. Cuomo requests of him. But I would have hoped that Buffalo has at least one elected official capable of seeing the wisdom of making fully-informed and prudent decisions regarding such a major project. Not Congressman Brian Higgins, who provided the following statement last October: “Fast track the selection of a new site, its design, and construction,” Higgins said. “[It’s] a good thing for Western New York. There’s good reason to be optimistic.” Not State Senator Tim Kennedy, who exclaimed, “Governor Cuomo is supporting Congressman Higgins’ call and ensuring that the job gets done. A new station is needed, and we must move expeditiously to achieve that, wherever it may be located.”

It is inexcusable that the State of New York is expending one million dollars to the NYS Department of Transportation’s hand-picked engineering consultant firm, WSP Parsons Brinckerhoff – for a “Buffalo Train/Intermodal Station Location Study” that does not include the environmental review mandated by SEQRA. And, no one should be fooled into thinking that the engineering study requested by the Cuomo Administration is the equivalent of an “Environmental Impact Statement” prepared in compliance with SEQRA. Not one of the seven specific factors included in the report’s “Statement of Purpose & Needs” pertains directly or indirectly to protecting and preserving the environment. Similarly, the sixteen “Guiding Principles for the New Buffalo Station” are silent as to the need to limit adverse impacts to the environment.

Buffalonians must demand that the “fast-tracking” of a decision concerning a new train station be halted until a SEQRA “lead agency” is chosen, and an Environmental Impact Statement is prepared.