Galveston, oh Galveston, we have seen your seabirds dying

Posted by Arthur J. Giacalone on May 16, 2017
Posted in: Gerald A. Buchheit Jr., SEQRA, Waterfront. Leave a comment

On May 4, 2017, workers at the American National Insurance building in Galveston, Texas arrived to work to find nearly 400 dead or dying birds lying lifeless on the ground. The migrating birds – including yellow and orange warblers, orioles, and other species – “had crashed into the 23-story building … after flying across the Gulf of Mexico” as they headed north to their nesting grounds.

A Houston TV station – KHOU – offered the following explanation for this tragedy:

“The Houston Audubon Society says the bird kill was likely caused by a combination of bad weather and bright lights. They believe Wednesday night’s storms caused the flock to fly lower to the ground and they say bright office lights attract birds which can cause them to crash into buildings.”

There are many ways to describe what occurred 1,500 miles from the shoreline of Lake Erie on Thursday, May 4, 2017. A soul-crushing scene. A colorful carpet of death. A harbinger of what will happen on Buffalo’s Outer Harbor if Queen City Landing’s 23-story, glass-and-steel tower is built. 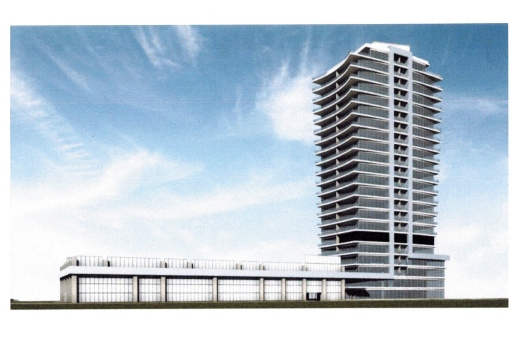 The latter description – a foreshadowing of what may occur at the site of the former Freezer-Queen building – became substantially more likely as a result of action taken about 70 miles to the east of the Queen City on May 5, 2017, the day after the massive Galveston bird kill.

On that date, the intermediate New York State appeals court in Rochester – known as the Appellate Division, Fourth Department – ruled that the City of Buffalo Planning Board had not violated the State Environmental Quality Review Act [SEQRA] when it approved construction of the 23-story Queen City Landing tower without first requiring preparation of an “Environmental Impact Statement” [EIS].  [See Wooster-Riverkeeper 05-05-17 AD4 Decision] An EIS, if properly done, would have required the project sponsor to consider reasonable alternatives, including a shorter tower, and a structure made of other than glass and steel, to avoid adverse environmental impacts to resident and migratory bird populations to the “maximum extent practicable.”

In the words of the Appellate Division:

“The record establishes that the Planning Board took the requisite hard look and provided a reasoned elaboration of the basis for its determination regarding the potential impacts of the project on … migratory birds, especially in light of the project’s conformance with accepted governmental guidelines to mitigate bird impacts. “

Regrettably, and contrary to the court’s assertion, the appellate record clearly establishes that two of the critical mitigation measures endorsed by the U.S. Fish & Wildlife Service – in a document titled “Reducing Bird Collisions with Buildings and Building Glass Best Practices” – are not part of the plans presented to the City of Buffalo by the project sponsor and property owner, Queen City Landing, LLC.  While the developer did express an intent to incorporate some of the “best practices” into its tower, two of the USFWS’s most significant “best practices” were excluded:

First, “Avoid over-use of glass; keep the percentage of total glass below 40% of surface area.” The stubborn insistence of QCL’s manager, Gerald A. Buchheit, Jr., to build an iconic glass structure made the voluntary compliance with this essential mitigation measure an impossibility.

Second, “Ensure that any lights that are not motion-activated are turned off at night; especially … upper story interior lighting…” QCL – perhaps anticipating resistance from, and lack of control over, the tenants residing in the proposed 200 luxury apartments – failed to commit to this important “best practice” for avoiding nighttime bird collisions.

We can’t overlook the fact that the Queen City Landing site is located at the gateway to the “Niagara River Globally Significant Important Bird Area,” and in close proximity to two important and state-designated bird and wildlife habitat areas – Tifft Nature Preserve and Times Beach Nature Preserve.  The Outer Harbor is also notorious for its high winds and substantial storms.  Given the proposed location for the 23-story, glass-and-steel tower, it is difficult to conceive of an acceptable excuse for the City Planning Board’s failure to ask Queen City Landing’s representatives to identify which of the “best practices” measures it had omitted from its plans.  It is even more difficult to grasp how the appellate court could conclude that the Planning Board had taken the mandatory “hard look” at potential impacts to migratory and resident bird populations. 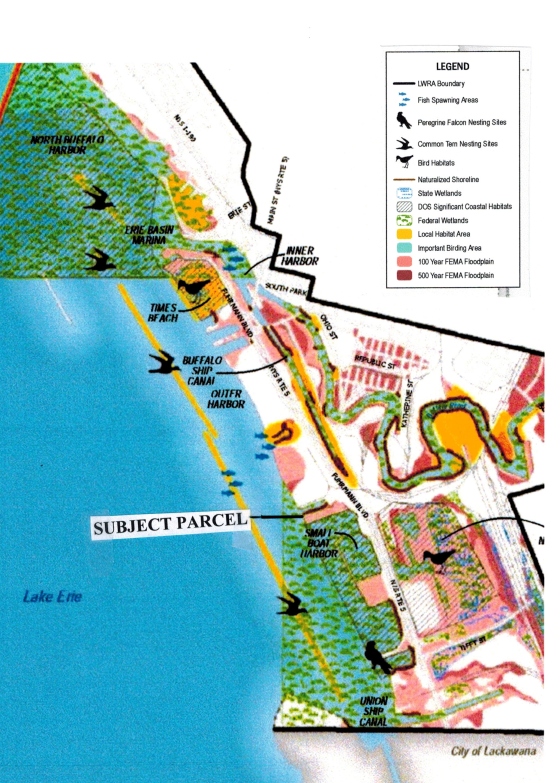 Not surprisingly, reading the reports of what tragically occurred on May 4, 2017 in a coastal town, on a windy, stormy evening, at an illuminated, 23-story tower, has fortified my clients willingness to continue their legal battle to stop construction of the proposed Queen City Landing project until an objective and comprehensive environment impact statement is prepared by the project sponsor. To that end, my clients intend to file a “motion to reargue” which asks the Appellate Division, Fourth Department, to reconsider its May 5, 2017 rulings, as well as a motion seeking permission to appeal the Appellate Division’s unfavorable decision to the State’s highest court in Albany.