As you probably know, Maritime Charter School wants to build a three-story, 65,000-square-foot high school building, and a 24,000-square-foot pre-fabricated athletic building (large enough for three full-size basketball courts) at the rear of its existing two-story middle school at 102 Buffum Street (the former Public School No. 70). 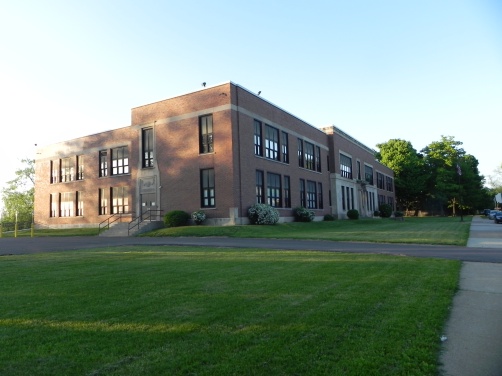 The proposed “expansion” and addition of a high school would negatively impact nearby residents and the ability to peacefully enjoy life in the Buffum Street neighborhood, and threatens the sanctity of lands long held sacred by indigenous groups:

– NYS’s Historic Preservation Office has described the 102 Buffum Street parcel as having “high cultural, historic and archeological sensitivity” due to the likelihood that the Mission House (school) of the Buffalo Creek Indian Reservation was located at the site, and its proximity to the Seneca Indian Park (burial grounds).  Archeological resources of great significance to Native American communities, including human remains, could be disturbed if expansion is allowed.  See SHPO 06-19-18 letter re 102 Buffum.

– According to Maritime, if the expansion project goes forward, there would be 5 times as many students and faculty at the Buffum Street site, increasing from the current 105 and an estimated 525.

– Maritime’s transportation plan estimates that the combined middle school/high school would bring an average of 104 vehicles to 102 Buffum Street (not counting yellow school buses) each school morning.  That’s one car every 35 seconds during the morning rush hour.  Nearly as many vehicles would be leaving the Buffum Street site during the peak afternoon rush hour.

– An expanded Maritime school would need an additional 57 parking spaces, and, as a result, the beautiful green lawn and majestic trees on the east side of the existing school building would be removed and be replaced by an asphalt parking lot.

– The number of buildings would increase from 1 to 3.  The foundations of the two new buildings would expand beyond the existing paved area at the rear of the school and onto the grassy slope and a portion of the wooded area.  These changes would increase the rainwater that runs off the parcel, adding to existing drainage and flooding problems for Zittel Ave. yards.   See Charter school addition site plan

City Hall officials, including South District Councilmember Christopher Scanlon, ignored these potential impacts to the Buffum Street neighborhood when they approved the Maritime charter school’s expansion plans this past May and June.  Recently, as you may have heard, Maritime asked the City’s Common Council to rescind its June 2018 approval of a “special use permit” which allowed construction of the new high school and athletic buildings.  On October 2nd, without any chance for the public to speak, the Common Council – led by Mr. Scanlon – complied with Maritime’s request, rescinding the prior approval.  See

Maritime and the Common Council claim that the approval of the expansion plans was set aside so that Maritime can pursue an archeological examination of the Buffum street site.  This explanation just isn’t logical.  As owner of 102 Buffum Street, Maritime undoubtedly has the right to conduct an archeological study without rescinding the special use permit approval.  It’s their land.

From my perspective, the real reason for rescinding the approval is so that the City and Maritime can have a “do-over” – clean up the mistakes the City made when rushing to approve the expansion plans in May and June, and then re-approve the same plans for a new high school building and athletic facility.  Maritime’s letter requesting the rescission states, “Maritime still intends to undertake the Project…”

As a lawyer who has spent nearly 30 years representing residents in land use and environmental matters, I have lost virtually all confidence in Buffalo City Hall’s willingness and ability to comply with zoning and environmental review laws.  Here are but a few reasons why I believe that the Buffum Street neighborhood cannot rely on City Hall to protect its interests:

I urge anyone concerned about the Maritime charter school’s plans to change the character of this quiet, historical residential neighborhood to contact Councilmember Chris Scanlon to express your position:  Christopher P. Scanlon, 65 Niagara Square, Room 1401, Buffalo, NY 14202; (716) 851-5169; Email at cscanlon@city-buffalo.com.