[Disclosure:  I represented a group of environmentalists and Outer Harbor activists in 2016-2018 challenging Gerald Buchheit’s 23-story version of the Queen City Landing project, and continue to express my opposition to QCL’s plans for 975-1005 Fuhrmann Blvd.  See, for example, Giacalone Letter to Common Council 01-02-20.]

What does Western New York’s biggest newspaper do two days before a public hearing on the controversial Queen City Landing project on Buffalo’s Outer Harbor?

Does it present an objective piece reflecting the pros and cons of the project?  No.

Does it explain what a “Planned Unit Development” [PUD] is, and explore the reasons that the request by Gerald Buchheit, QCL’s owner, to create a PUD at the Fuhrmann Blvd. site is considered a distortion of the PUD concept by a variety of Buffalonians?  [See for example, Sam Magavern’s Queen City Landing letter 01-09-20]  Absolutely not.

Of course, taking one of these approaches would actually be considered journalism.

Instead, we, the public, are subjected to excruciatingly one-dimensional piece by Jonathan D. Epstein, the Buffalo News business reporter.  His “reporting” is little more than a propaganda piece for the developer. While Jonathan may not have literally inserted his name on a Queen City Landing press release, he may as well have.  [Here’s the article.] 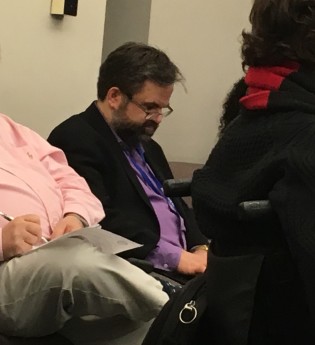 [Note: Mr. Epstein has even stopped calling the proposed 20-story tower a tower, and is following QCL’s lead and just referring to it as a building.  He’s certainly well trained.]

If a Pulitzer Prize were given for “press-release journalism,” I would not hesitate to nominate Jonathan’s January 12, 2020 article.

By the way, the only opportunity for the public to speak to the decision-makers regarding Buchheit’s proposed PUD will be the public hearing before the Common Council’s Legislative Committee on Tuesday, January 14, 2020 at 1:00 P.M. in the 13th-floor Common Council Chambers, Buffalo City Hall.  If you’re interested, please be there.