The May 29, 2021 print version of the Buffalo News includes an article that I had sent to them for its “first-person column” it calls MY VIEW.  Here’s a link to the on-line version.  I like the heading they chose to use, “Red Jacket’s values still resonate today,” and I am truly grateful to the newspapers for printing my piece.   But, I have one major disappointment.  The printed newspaper – the column seen by the most eyes – omits the following sentence:  “…The media vilified us, showing little regard for the protection of cultural artifacts and Native American beliefs….”  I had chosen those words carefully, purposely not identifying the source of the condemnation.  What follows is an annotated version of my article, with some images added.  When you arrive at the deleted sentence, you will find a link to the primary “media” attack.  I think you can guess the source.

No one would mistake this Italian-American lawyer with the famous Seneca, Red Jacket.

I can’t speak of ancestors whose knowledge and respect for this land extend back millennia.  [See my maternal grandparents’ 1920 marriage certificate.]

I’m no orator.  A judge once exclaimed that I wasn’t eloquent enough to change his mind.

No U.S. president has ever bestowed a peace medal on me, although a local publication named me Western New York’s “Best Gadfly.”

Red Jacket and I were, nonetheless, both born along the Genesee River (although two centuries apart).  And, we both chose to spend our later years near what the City of Buffalo now calls the Seneca Indian Park on Buffum Street in South Buffalo.  It is the latter coincidence that creates a connection between me and the Seneca spokesman.

The “Seneca Indian Park” – 1.6 acres of serenity, mature trees and gently sloping lawn – is an ancient burial ground, and part of a Seneca village that served as the heart of the Buffalo Creek reservation.  Red Jacket adamantly proclaimed that he never wanted to leave the village – not even upon his death.  Keeping with his final wishes, he was buried in 1830 beneath a large walnut tree at the west end of the current park. 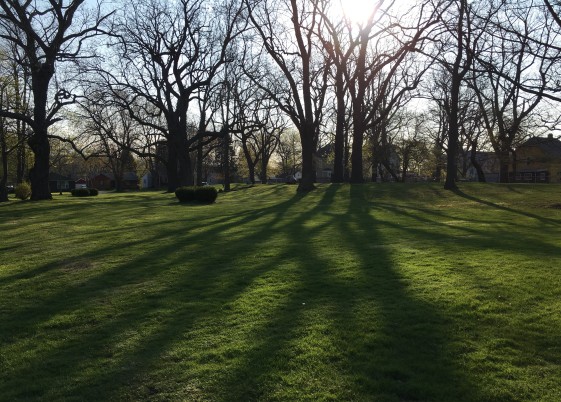 Red Jacket was an ardent traditionalist and protector of Seneca culture, skeptical of both Christian missionaries and land speculators.  I share his views.  When I discovered in 2018 that a Buffalo developer and local charter school wanted to build a high school and gymnasium on Buffum Street, a hundred yards from the park, I investigated the project.  The State’s historic preservation office had classified the land “archeologically sensitive” due to its proximity to the old burial grounds and Seneca village.  [See SHPO 06-19-18 letter re 102 Buffum]  The city officials and developer didn’t care, and approved the project without investigating the adverse impacts on cultural and archeological resources.

Two neighbors and I challenged the expansion in court.  [See Giacalone v. WNYMCS – Petition] The media vilified us, showing little regard for the protection of cultural artifacts and Native American beliefs. [E.g., see BuffNews 08-17-2018 editorial.] Fortunately, the charter school’s administration decided to hire an archeological firm to study the issues we had raised.  The consultants agreed that the project area is “very sensitive for archaeological resources,” and the charter school located its high school elsewhere.

Red Jacket would not be surprised that this positive result required a fight.  His skepticism was justified and prophetic.  Despite his final wishes, his remains were removed from the Buffum Street site and reinterred near a monument at Forest Lawn Cemetery.  Ironically, the following words of the great orator are memorialized there:

“When I am gone and my warnings are no longer heeded, the craft and avarice of the white man shall prevail.  My heart fails me when I think of my people, who are soon to be scattered and forgotten.”

His people were scattered 12 years after his death by the “Treaty of 1842.”  But, as highlighted by the  May 17th ceremony in Salamanca honoring the return of Red Jacket’s Peace Medal to the Seneca Nation, his people have not been forgotten.  They continue their fight for the sovereignty reflected in the 1792 symbol of peace. 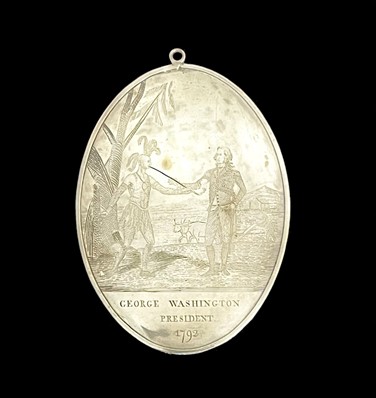 A hopeful note.  On the day after the repatriation celebration, a group of the charter school’s students were visiting the Seneca Indian Park.  Their teacher proudly assured me that this multi-racial group had been taught the history of the site, and the importance of respecting the culture and beliefs of all peoples.