Here we are.  Mid-May, longing to spend time outdoors, and dealing with snowflakes and overnight temperatures at or below freezing.

Perhaps our situation wouldn’t feel quite so uninspiring if we had experienced a more interesting winter.  But WINTER – the season that helped put Buffalo on the national map back in 1977 with the infamous Blizzard of ’77 and record annual snowfall of 199.4 inches – has been overwhelmingly dull this past season (with a few exceptions along the Queen City’s waterfront).  So I thought I would dig down (shovel?) into my photographic archives and share to two rather extreme and eerily beautiful winter experiences in our not too distant past.

The casually serene elements of Cazenovia Park – reflected, I hope, in last week’s posting and photos – were transformed into a wintry moonscape in late January 2018.  A prolonged period of frigid temperatures and snow falls created thick, extensive sheets of ice on Cazenovia Creek (and, elsewhere).  The ice floes eventually were pushed over the creek’s banks, leaving behind an intense scene (which fascinated the winter walkers, such as myself, and must have confounded the park’s leashed canines).  Here’s a sampling: 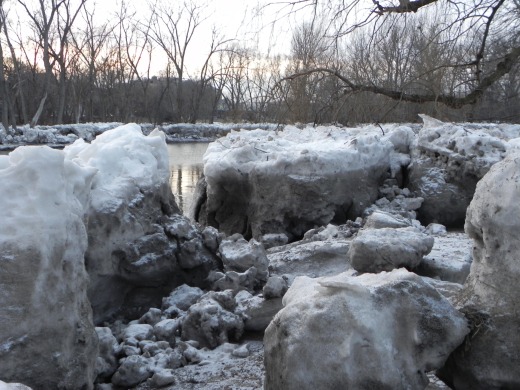 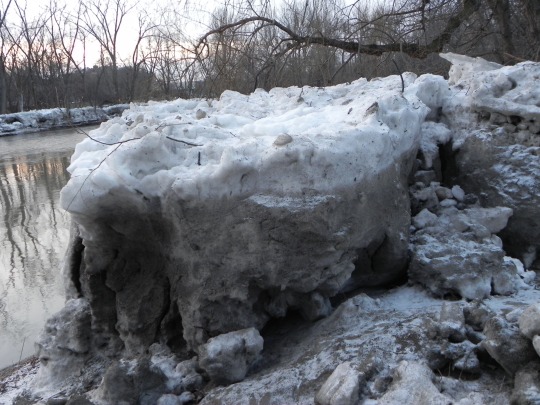 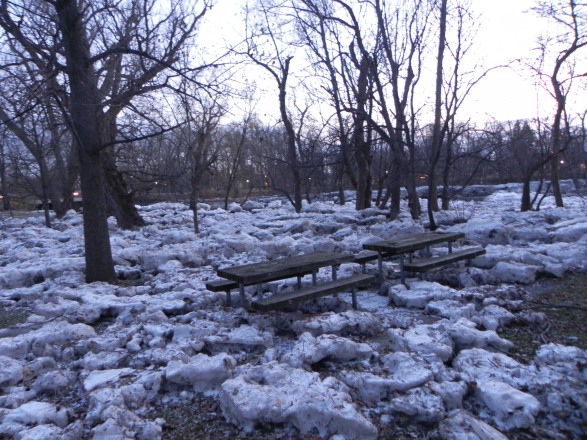 Between the late evening of November 17th and the early morning of November 20, 2014, life for the Giacalone/Clarke family on Knox Road in the Village of East Aurora revolved around one activity:  shoveling and moving approximately seven-and-a-half feet of snow from our 80-foot long driveway.  Although there were Western New York naysayers who refused to believe the figures, a Syracuse-area publication, supported (I hope) by the pictures that follow, reported that the village of 6,000 people southeast of Buffalo indeed received 90.5 inches of snow (that’s 7.5 feet!) that week.  Not that we could venture off our property.  Traveling was banned.  Even huge snow-removal trucks had difficulty driving down Knox Road.  But we knew that failure to keep up with the snowy onslaught would make vehicular liberation nearly impossible once life started to return to normal.

The entire family joined in the task.  I was not quite 65 at the time, youthful enough to handle the hard work, yet old enough to understand the wisdom of pacing myself.  My slender-but-game 14-year-old son James, my seventeen-year-old daughter Lissa (who sat out the first two days of snow removal after suffering a mild concussion in gym class on November 17), and their long-suffering mother, all did their part.

Here are images from my former residence that memorable week of self-isolation, physical exertion, and wonder: 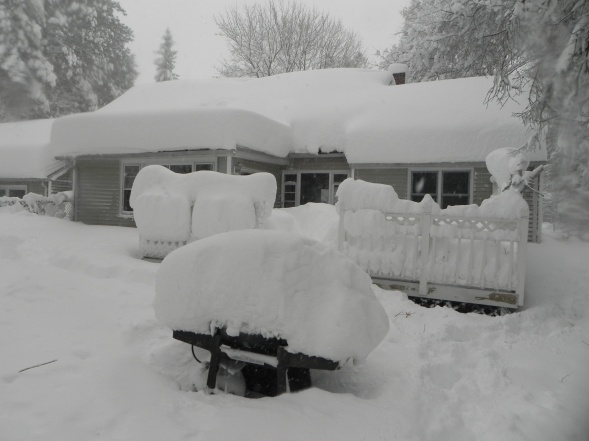 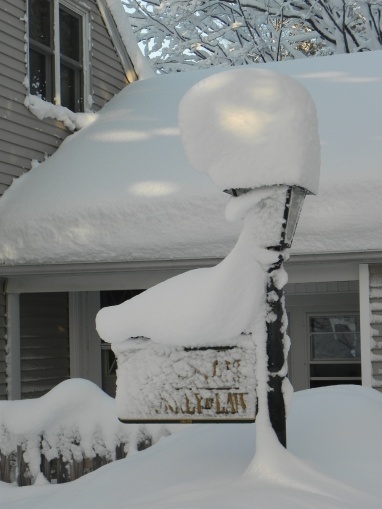 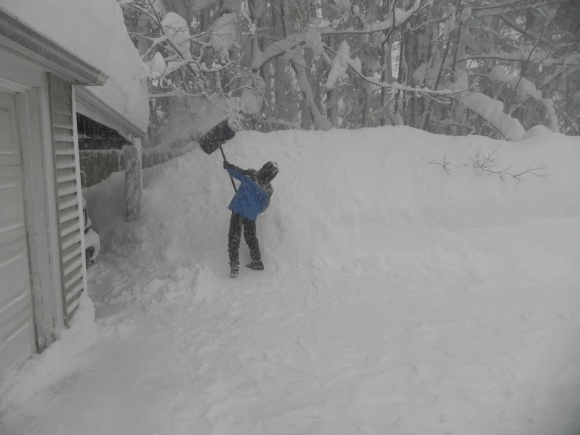 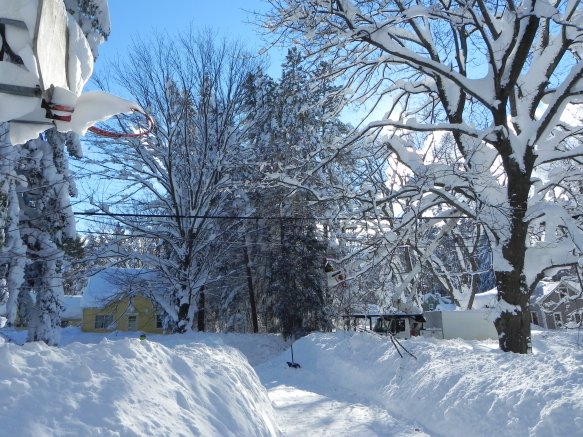 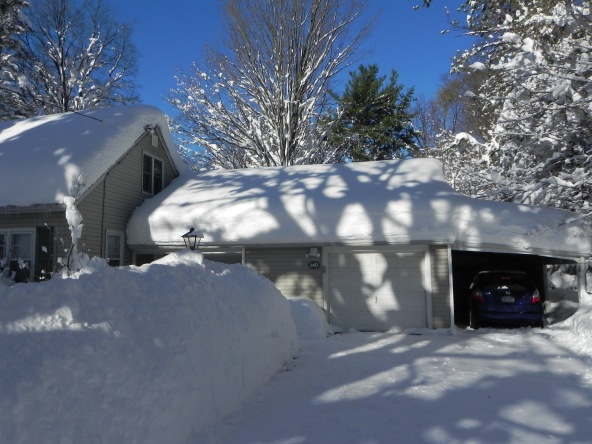 OK.  Now that I’ve got that out of my system, I’m ready for a refreshing spring and mild summer.

Be well.  Be safe.  Be productive.