From 1996 through 2015, my family lived on Knox Road in the Village of East Aurora.  Our modest home was only a few hundred feet from the wooded, eastern boundary of the 600-acre country estate of the Knox family.  The expanse of meadows, pastures, woodlands, wetlands and ponds, which had served for generations as both an active farm and a place where the wealthy rode horses, played polo, and conducted fox hunts, is now the Knox Farm State Park.

The treed rear of our acre-and-a-half lot – which I affectionately called “the hard Knox estate” – was, ecologically, an extension of the nearby estate.  It’s wildlife – including deer, wild turkey, and an occasional red fox – casually shared our backyard.

For nearly two decades, on foot or a bicycle, I traversed or circumnavigated the expansive Knox property.  The red barns were a striking part of the landscape, and pleasantly contrasted with the rolling meadows and tree-lined paths.  To this city-boy, the weather-worn and peeling facades of the farm buildings added to their charm and authenticity. 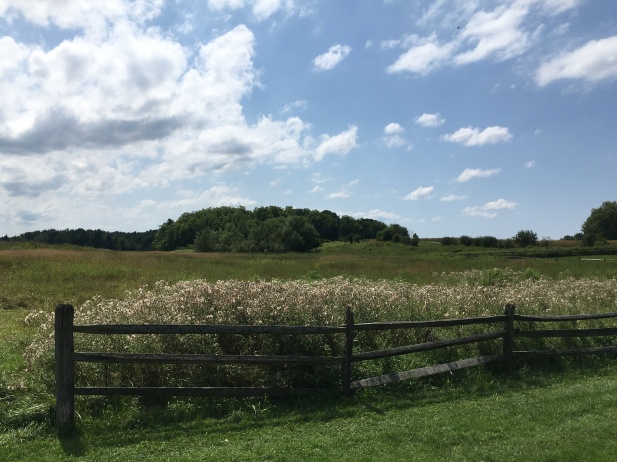 An August 7, 2020 headline in the Buffalo News, “Iconic barns at Knox Farm State Park will get makeover,” caught my eye.  As reported by Jane Kwiatkowski, a $100,000 barn rehabilitation project – intended to return the barns “to their former glory” and “make a great first impression of the park for people coming in” – has been approved by the state.  But there is a hitch.  The Friends of Knox Park, a not-for-profit group whose 300 members work to preserve and protect the park, needs $25,000 matching funds before the rehabilitation can proceed.

The idea of reversing decades of neglect and stemming further deterioration makes sense.  Priming and painting seven aging barns, and replacing and repairing the siding, windows and foundation of a particularly weathered building – the heifer barn – are worthwhile tasks. 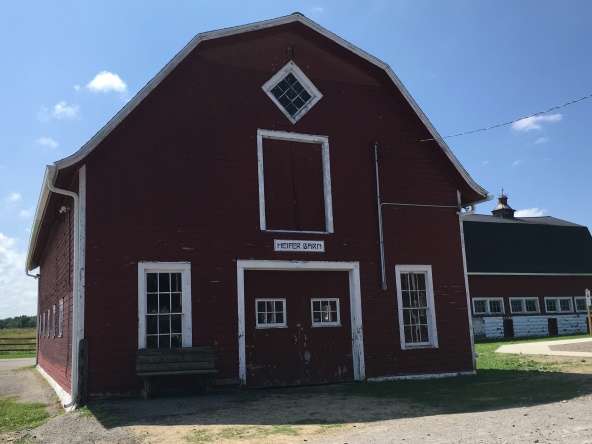 But, I do have a suggestion.  If, as noted in the August 7th article, a major purpose for spending $100K is to make “a great first impression” on people coming to the park, beautifying and enhancing the park’s primary entrance on Buffalo Road (Routes 16 and 20A) might be more effective.

Here is a picture of the state park’s rather generic entrance (meant for use by the general public), followed by the gracious gateway to the Knox mansion several hundred yards down the road (restricted for use by guests attending events at the mansion):

Back to the barns.  Thankfully, for those of us who did not grow up immersed in 4-H Club activities, the various barns and farm buildings at the Knox Farm State Park come with nameplates: Dairy Barn, Bull Shed, Heifer Barn, Milk House, Ice House, Sheep Barn and Show Barn.  Here they are: 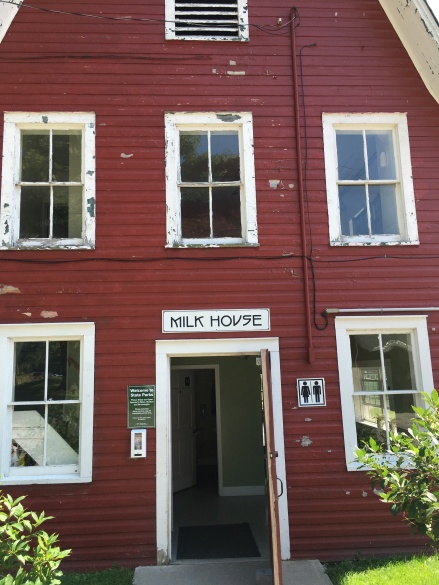 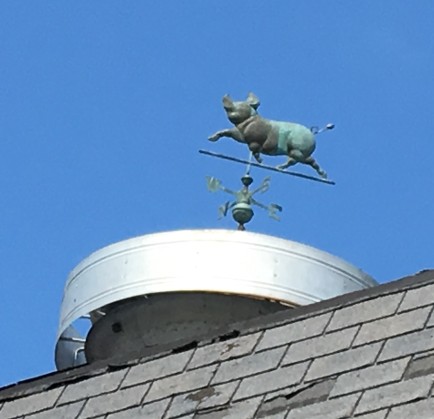 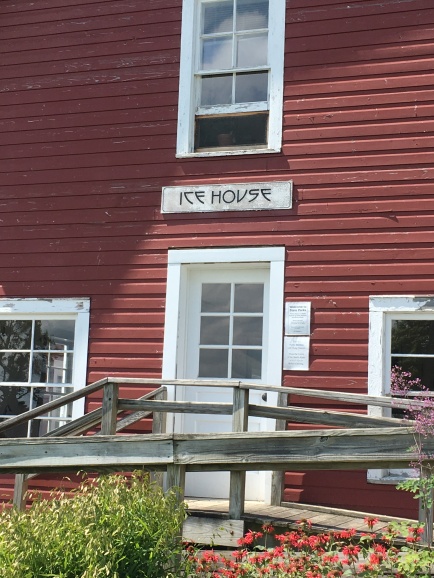 And, here’s the view from the passenger side of the Park’s department pickup truck pictured above:

And, the field you pass as you head to the “stable” mentioned in the title of this posting:

If you have the sense that time stands still at the old Knox estate – and swear you hear a voice shouting “tally-ho” across the meadow – you could be right. 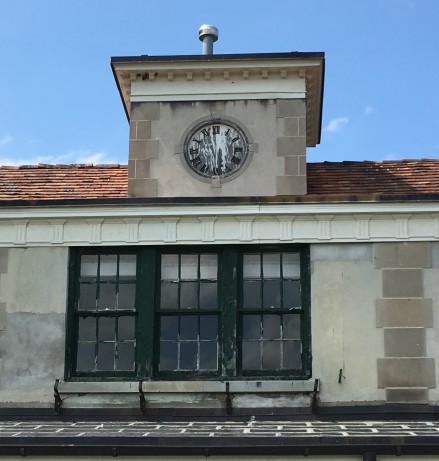 P.S.  If you’re interested in learning more about the barn rehabilitation project, you may want to contact Friends of Knox Farm State Park.