[An abbreviated version of the following post was published on March 13, 2019 in the print version of the  Buffalo News Another Voice column.  You can read it on-line at https://buffalonews.com/2019/03/12/another-voice-feroletos-inaction-hurts-elmwood-village-residents/.]

[Full disclosure:  As a zoning and development lawyer, I spent years reviewing, critiquing and commenting on the Green Code (in the Buffalo News, ArtVoice, Buffalo Law Journal, etc.).  I also spent nearly a decade representing property owners in the vicinity of the Elmwood/Forest intersection in opposition to various proposed projects and in an effort to prevent demolition of the 11 buildings at that intersection.  I met with and shared my concerns with Councilmember Feroleto regarding both the Green Code and the Chason Affinity project as far back as November 2015.]

Joel P. Feroleto was sworn in as Delaware District councilmember on September 1, 2015.  When asked to describe the role of a Common Council member, he answered: “to be there for their constituents, and resolve all their issues.”

During the first few months of Joel’s service on Buffalo’s Common Council, the State’s Historic Preservation Office [SHPO] was in the process of deciding whether a significant portion of the Delaware District, nestled on the east side of Elmwood Avenue, was worthy of preservation and placement on the State and National Register of Historic Places.  During the review process, SHPO received only a handful of letters objecting to the designation.  Two of the objections were from Carl Paladino and William Paladino on behalf of Ellicott Development. A third objection was from an affiliate of the Chason Affinity companies, Affinity Elmwood Gateway Properties, owners of eleven properties located on the southeast corner of Elmwood and Forest avenues. [You can find the objection letters at pages 582, 583, and 587 of the Elmwood Historic District (East) application packet.  Elmwood Historic District EAST application.]

As SHPO explained in a December 2016 letter to the City of Buffalo, a critical factor in determining whether a group of structures merits preservation and placement on the state and national Historic Register is whether they are part of a highly intact collection of historically interrelated buildings.  From the perspective of our state’s historic preservation office, each structure, by its existence, contributes to the overall historic environment, whether or not it individually possesses significant historic, cultural, or architectural value.  [See SHPO’s 12-19-2016 letter.]

In March 2016, a century or so after the Elmwood Historic District (East) was first developed, the Elmwood neighborhood was remarkably “intact” – more than ninety-six percent (96%) of its buildings were still in existence and considered “contributing properties” worthy of inclusion on the National Register.

You might think that Joel Feroleto, as the Delaware District councilmember, would aggressively fight to preserve each and every contributing building in the historic Elmwood district.  You would be wrong.

On March 11 of this year, a pair of Elmwood Village two-family residences, 619 and 621 W. Delavan Avenue, were demolished.  Both structures were identified as “contributing” properties in the Elmwood Historic District (East).  Councilmember Feroleto, it appears, chose to do nothing to stop this destruction and the resulting diminution of the larger historic district.

As noteworthy as the 2016 designation of the Elmwood Historic District (East) as a National Historic District may be, placement on the National Register was apparently much less significant to Mr. Feroleto than the fact that the buildings were owned by Ellicott Development.  According to state records, between October 2016 (the same month the Paladinos expressed their objection to placement of their Elmwood Village properties on the National Register) and September 2018, the various Ellicott Development entities made nine campaign contributions, totaling $1,450, to Joel Feroleto.

Even more troubling, Mr. Feroleto took no meaningful action to insulate eleven century-old structures at the corner of Elmwood and Forest avenues from the proverbial wrecking ball.  All eleven buildings were listed as “contributing properties” in the Elmwood Historic District (East).  These contiguous properties were owned by another objector to the National Register designation, the Chason Affinity companies.  Rather than being viewed as a valuable historic resource, it appears that these structures were considered – by Chason Affinity and Feroleto – as nothing more than obstacles to the developer’s plans for the massive “1111 Elmwood” mixed-use project. 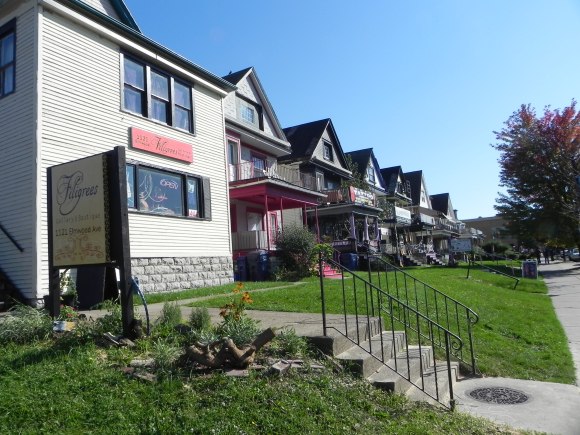 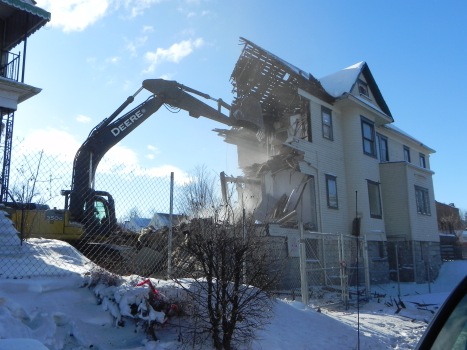 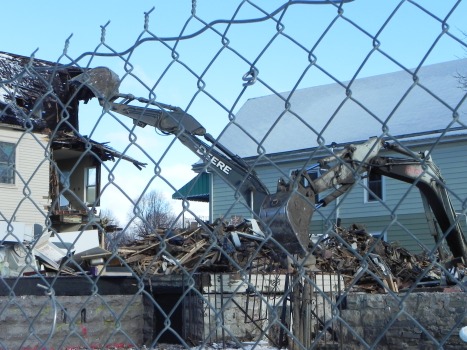 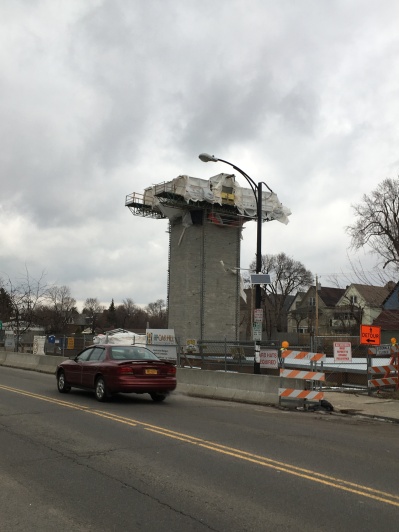 [Note:  In case you’re wondering, Councilmember Feroleto also has received significant contributions from other developers and businesses who have had substantial projects approved or under consideration by City Hall.  For example: Dash Markets ($3,500), Sinatra ($1,500, TM Montante ($1,000), and Benderson Development ($750).]

Ironically, when asked why he has been unwilling to take steps to protect historic Elmwood Village structures from the wrecking ball, Feroleto points to the “Green Code” – the city’s zoning and development ordinance adopted in 2017.  According to the councilmember, the Green Code was intended to expedite the zoning process by eliminating layers of review.  In the instance of the proposed W. Delavan Ave. demolitions, complying with the code resulted in no public input.

Conveniently forgotten by Feroleto was another purported goal of the Green Code, one that motivated many Buffalonians to advocate on behalf of the proposed new zoning law:  “Respect traditional development patterns… and preserve the city’s architectural heritage and the physical context that supports it.”  Also disregarded by the Delaware District councilmember was his role,  as a member and sole attorney on the city’s Common Council. in crafting and adopting the Green Code.

The zoning law approved by Joel Feroleto intentionally places economic development as a higher priority than the quality of life of residents and preservation of historic neighborhoods.  And, the Green Code omits language formerly included in  Buffalo’s zoning ordinance which expressly stated that “demolition of structures for reasons other than to preserve public health, safety and/or welfare are not encouraged.”  More significantly, Mr. Feroleto rejected the recommendation from his own community working group that the Green Code require that any demolition in the Elmwood Village business district obtain Planning Board and Common Council approval.

The slow-to-act councilmember recently claimed to be researching an amendment to the Green Code requiring a public hearing – not at the Common Council, but at the Planning Board – when similar demolitions are proposed in a historic district.  Obviously, such intentions (if sincere) were “too little, too late.”

Effective options were available if Joel Feroleto had truly wished to serve Delaware District residents and preserve the history and character of the Elmwood Village prior to the Elmwood/Forest and W. Delavan demolitions.  He could have swiftly and aggressively requested that the Common Council enact a moratorium barring any demolition (other than for safety reasons) until the councilmembers could consider and vote on an amendment to the Green Code which would require a public hearing and Common Council approval for demolitions within any city or national historic district.

In my opinion, Joel didn’t take any aggressive steps to protect the historic integrity of the Elmwood Village for a simple reason: his “constituents” are the wealthy and the politically-connected developers and businesses, not the ordinary citizen.  While he chose to disregard the protective measures proposed by his own community working group prior to adoption of the Green Code, he was certainly “there” for Chason Affinity and Ellicott Development.  And, he  certainly “resolved their issues” – the pesky presence of century-old structures.

The residents of the Elmwood Village and Delaware District deserve much better.  They’ll have an opportunity to do something about that in the voting booth later this year.