Summery Photos of the Outer Harbor’s Southern Half, Really

I’ve been trying to write a post about Buffalo’s Common Council for days now.  But focusing on the ways such an uninspiring legislative body functions is, well, depressing.  To boot, summer weather has finally arrived in Western New York.

So, I’m going to embrace the suggestion from a trusted friend and sometime “guardian angel.”  Rather than pen another gloomy post involving Council President Darius Pridgen, South District Council Member Chris Scanlon, or Delaware District’s Joel Feroleto, etc., I will  share some photographs that I took on the sunny and breezy final day of June, 2019 along Buffalo’s shoreline.

But, first, I must split a hair.

My environmental allies, the fishing public, the media, State officials, the Erie Canal Harbor Development Corporation (ECHDC), and virtually every knowledgeable and sensible WNY’er that I’ve encountered, would agree that the pictures that follow were snapped on my trek around the southern portion of Buffalo’s Outer Harbor.

However, the City of Buffalo’s Common Council, at the recommendation of Mayor Byron Brown’s Office of Strategic Planning, excluded from the definition of the “Outer Harbor” contained in the “Green Code” [officially, Uniform Development Ordinance] everything south of the former Ford complex (Terminal A and Terminal B).  In doing so, our esteemed legislators have excluded, from the protections of criteria intended to protect the Outer Harbor from inappropriate future development, the following:  the former Freezer-Queen parcel (where Gerry Buchheit may or may not still wish to construct a 23-story glass-and-steel tower), the Small Boat Harbor,  Buffalo Harbor State Park, Gallagher Beach, the Tifft Street Pier, etc.  [Note:  Here’s how the city in its proposed LWRP, the ECHDC, and State DEC, interpreted the boundaries of the Outer Harbor prior to Mr. Buchheit’s proposed Queen City Landing tower at the former Freezer-Queen site:  Outer Harbor defined by LWRP-ECHDC-DEC.]

In other words, the enlightened world will think of the following photos as images of Our Outer Harbor.  I hope you’ll enjoy them: 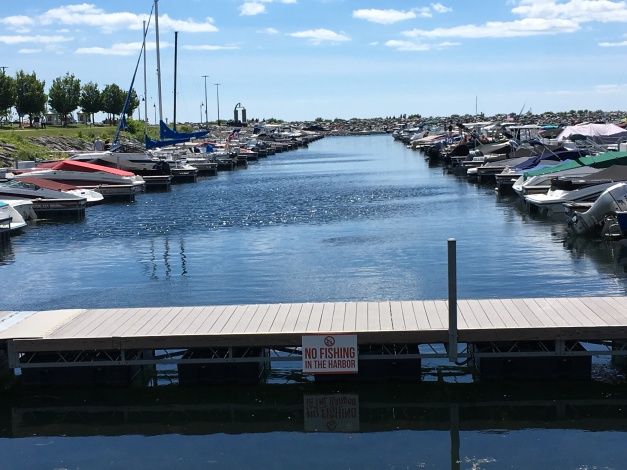 And, here are my favorite images for what you will not see – the proposed 23-story tower! 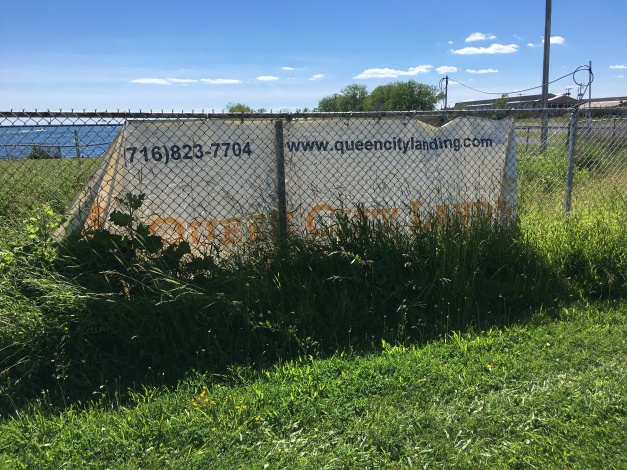 P.S.  Please contact Buffalo’s Common Council Members (especially South District Councilman Christopher Scanlon), as well as the Mayor’s office, and insist that the Green Code be amended immediately to include ALL of the Outer Harbor in the “Outer Harbor boundaries” as defined at Section 5.3.3C(1)(a) of the Uniform Development Ordinance.  Thank you.